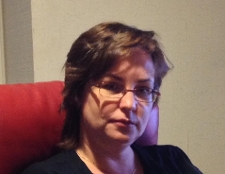 Irina Busygina is Professor of Comparative Politics at Moscow State Institute of International Relations. Prof. Busygina graduated from Moscow State University, Department of Economic and Social Geography. Her first dissertation was devoted to regional policy of the European Union, while the in the second one she explored political role and representation of sub-national regions in the EU decision-making process. Currently, in addition to being a professor at Moscow State Institute of Internatioanl Relations, she also heads the Center for Regional Political Studies and the “Greater Europe” project at the Russian Council of International Affairs. Her research interests include comparative federalism, regional development in Russia and Europe, and European integration.  She publishes in Russian, English and German. Her most recent book is Political Modernization of the State in Russia, published in 2013 by the Liberal Mission Foundation (in Russian, with Mikhail Filippov). The purpose of Prof. Busygina's visit to the UCRS is to join the Centre’s network by developing interaction with UCRS researchers. On November 27 she made a presentation at the research seminar at the Swedish Institute of International Affairs at Stockholm (the title of the presentation was “Challenges to Russia’s Territorial Policy after Crimea”).

Vitaly Kurennoy is a professor and the head of the School of Cultural Studies at the Higher School of Economics (Moscow Russia). His research interests include philosophy and socio-political theories of 19th-20th centuries, key trends of modern culture, topical research programmes in cultural studies and sociology and institutional history of knowledge. Prof. Kurennoy is staying at the UCRS between 1-28 November.

Evgeniy Gamerman is Associate Professor at the Moscow academy of entrepreneurship , Blagoveschensk branch. Evgeniy defended his PhD thesis entitled "Law enforcement agencies of the Far East of Russia in the second half of the XIX - early XX century" at the Institute  of history, archeology and ethnography  of Far Eastern branch Russian academy of science in 2005. Following his defence Evgeniy has been working as lecturer  at Amur State University and at Vladivostok State University of Economics and Service Nakhodka branch. His disciplinary backgrounds are History and Law while his research interests include international security, regional security in the North-Eastern Asia, energy security, non-traditional threats of security, history of the Russian Far East  (Pacific Russia). Evgeniy Gamerman has published extensively on the issue of the development of the police, the magistrate court, law enforcement system of the Far East in the second half of the XIX - early XX century. His recent publications include 1) .The world after 2014: the apocalypse today // almanach "via evrasia" 2013, 2. Russia between the soviet past and the eurasian future. Sofia. 2014. P. 219-225, 2) Political aspects of economic security of the Russian Far East in the conditions of the ending financial crisis. – Article. - Social science. Social Sciences. Russian scientific journal. - Moscow, Publishing House of Sciences. - 2011. - Number 1. - p.240-243. 3) Drug trafficking as a threat for national security (on the example of the Russian Far East). – Article. - Journal of the Academy. Scientific journal. – 2011. - № 4. - p.108-113. 4) Non-traditional threats to the national security of the Russian Far East and North-East Asia. – Article. -  Journal of the Academy. - Scientific journal. – 2010.  - № 3. - P. 99-101.  Throughout his scientific career Evgeniy has been a holder of several grants including Alexander Herzen Junior Visiting Fellowship at the Institute of Human science (IWM) in 2014 (Vienna, Austria). Evgeniy Gamerman is staying at the UCRS between 12 September and 5 December 2014 with the support of a Sverker Åström Foundation scholarship. His research project at the Center deals with «Political aspects of economic security in Europe and Northeast Asia». 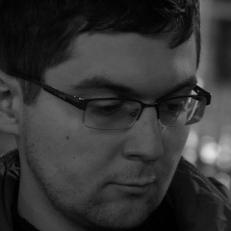 Dmitry Uzlaner is Associate Professor at Russian Presidential Academy of National Economy and Public Administration (RANEPA) in Moscow, Russia. He is editor-in-chief of two peer-reviewed academic journals: Gosudarstvo, religiia, tserkov' v Rossii i za rubezhom (in Russian, http://religion.rane.ru/?q=en) and State, Religion and Church (in English, http://srch.ranepa.ru/). He holds PhD in religious studies from M.V. Lomonosov Moscow State University. Dmitry Uzlaner is staying at the UCRS 1-30 Septmerb. He is specialized in social theory and sociology of religion. His main research interests are secularization and post-secular society in Russia (with main emphasis on today’s Orthodoxy). 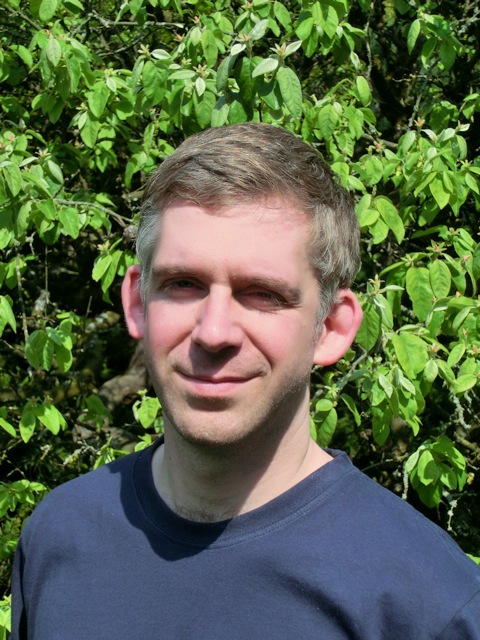 Jesko Schmoller is an anthropologist who wrote his PhD at the Central Asian Seminar of Humboldt University Berlin. His book “Achieving a Career, Becoming a Master; Aspirations in the Lives of Young Uzbek Men” was recently published with Klaus Schwarz. Articles of his appeared in the journals Asien (German Association for Asian Studies) and Ideology & Politics. The current research project is concerned with the conceptualisation of modernity and tradition in Southern Kazakhstan. Jesko Schmoller stays at UCRS as visiting fellow from 25 August until 19 September 2014 to further develop the research design. Starting in October 2014, he will be a post-doc research fellow at the European University St. Petersburg and the Centre for Comparative History and Political Studies in Perm. 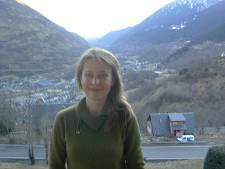 Kingdom), a research affiliate at the Institute for Economic Analysis (CSIC), a senior researcher and accredited associate professor at the Universitat Pompeu Fabra. Dr. Obydenkova holds a PhD in Political and Social Science from the European University Institute (Florence) and Master of Arts in Political Science from the Central European University (Budapest) and she was a Fox Fellow at Yale University (New Haven, USA). She joined the University of Uppsala (Sweden) as a guest researcher for August 2014. She is specialized in Political Science, (International) Political Economy and International Relations. Her main research interests are international organizations and regionalism, democratization and regime transition, federalism and decentralization, autocracies and non-democratic regimes; area studies - post-Soviet states (Russia, Ukraine, Central Asian states, etc.), China as well as world-wide analysis. She published articles in such journals as European Journal of Political Research, Review of International Organizations, Political Studies, Acta Politica, Democratization, Publius: The Journal of Federalism, Studies of Comparative International Development, Post-Soviet Affairs, Contemporary Politics among others and numerous chapters of the books. She published a book Democratization, Regionalization and Europeanization in Russia: Interplay of National and Transnational Factors (with VDM Verlag) and has another book under the contract with Ashgate Publishing House Autocratic​c and Democratic External Influences in Post-Soviet​t Eurasia (ISBN 978-1-4724​-4124-9 co-edited with A. Libman). At Uppsala University, Anastassia works at her other book co-authored with A. Libman “Causes and Consequences of Democratization” under the contract with Routledge Publishing House (London UK). 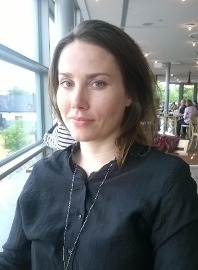 Marina Henrikson is a PhD Candidate at the Department of Russian and East European Studies (REES) at the University of Manchester in the UK. Her research interests include Russian foreign policy, identity formation, the South Caucasus, International Relations, constructivism and discourse analysis. She is currently working on her dissertation with the working title “The Construction of Russian Identity through the 2008 War in Georgia: a Discourse Analytical Approach to International Relations”. As part of her PhD project she has spent time at the Saint Petersburg State University, been the organizer of and presented her work at various seminars and conferences, and been working as a Teaching Assistant in International Relations at the University of Manchester. Marina will be visiting UCRS between June 2 and December 31, 2014. During her time here she will work on a chapter of her thesis concerning the discursive construction of Russia as a Great Power, as well as the following chapter on the role of rhetoric and propaganda within International Relations.

Helena Goscilo is Professor of Slavic and East European Cultures at The Ohio State University, USA. As evident from 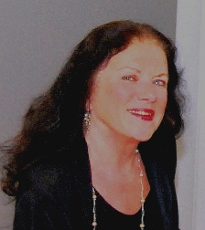 her twenty-odd published volumes, Helena Goscilo writes primarily on culture, gender, and visual genres in Russia. Her publications in the last six years include Preserving Petersburg: History, Memory, Nostalgia (co-ed., Indiana University Press 2008), Cinepaternity: Fathers and Sons in Soviet and Post-Soviet Film (co-ed., Indiana University Press 2010), Reflections and Refractions: The Mirror in Russian Culture (Studies in 20th and 21st Century Literature 2010/2011), Celebrity and Glamour in Contemporary Russia: Shocking Chic (co-ed., Routledge 2011), Putin as Celebrity and Cultural Icon (ed., Routledge 2012), Embracing Arms: Cultural Representations of Slavic and Balkan Women in War (co-ed., Central European UP 2012), and Baba Yaga: The Wild Witch of the East in Russian Fairy Tales (co-ed., University Press of Mississippi, 2013). She currently is readying Fade from Red: The Cold War Ex-Enemy in Russian and American Film 1990-2005, co-authored with Margaret B. Goscilo, for publication by New Academia Publishing while also working on the monograph Graphic Ideology: The Soviet Poster from Stalin to Yeltsin and a collection preliminarily titled Fame in Flight: Russian Aviation (with Vlad Strukov). Helena is staying at the UCRS between 1 May and 5 June, 2014. During her stay she will hold a seminar entitled ”Tuning into the Party: Gendered Graphics”, took part in the conference "Translation in Russian Contexts: Transcultural, Translingual and Transdisciplinary Points of Departure" and collected materials for her upcoming book on Soviet posters. 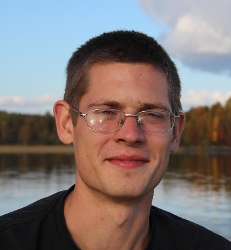 Dmitry Blyshko is a PhD student of Department of History (the Branch of Modern Russian History), Petrozavodsk State University, Russia. His research interests include memory studies, problems of historical narration, identity formation, especially problems of representation of Late Soviet Union History in post-soviet Russian society. He received his MA degree in cultural anthropology specialization from The European University at Saint-Petersburg (2013). His Masters’ thesis was devoted to the constructing image of Era of Late Socialism in social networks. He is currently working on his PhD thesis, “Representation of the History of the Soviet Union in post-soviet documentaries”.

Dmitry is staying at UCRS between 12 April and 15 June 2014 with support of a Scholarship of the President of the Russian Federation. During his time at the Centre he will continue working on his PhD dissertation and will complete one part of his doctoral thesis entitled "daily life of soviet person”.  He will present his work at the UCRS seminar series.

Irina Omelyanovich –Associate Professor of Psychocorrectional Pedagogics of Institute of Correctional Pedagogics and Psychology of National Pedagogical University names after N. P. Dragomanov (Kiev, Ukraine).Teaches training courses of a psychology and pedagogical cycle. Her main research interests include issues of techniques of special training, adaptation and employment of mentally disabled persons. Irina Omelyanovich is staying at the UCRS between 11-21 March, 2014, within the project «Human resources in poverty and disability: family perspective».

Oksana  Kachurovskaya – Associate Professor of Psychocorrectional Pedagogics of Institute of Correctional Pedagogics and Psychology of National Pedagogical University names after N. P. Dragomanov (Kiev, Ukraine) . Oksana Kachurovskaya teaches training courses of a psychology and pedagogical cycle. Her research area includes the issues of the use of information and communication means in training of children with violations of psychophysical development and families in which they are brought up.

Oksana Kachurovskaya is staying at the UCRS between 11-21 March, 2014, within the project «Human resources in poverty and disability: family perspective».