Internationell konferens "Latvia – A Work in Progress? 100 Years of State and Nation-building"

A quarter century after the formation of the Popular Front and a decade since joining the EU, processes of state and nation-building in Latvia are still on-going. Issues such as citizenship, language policy, minority rights, democratic legitimacy, economic stability and security all remain the object of vigorous public discussion. The current situation reflects in turn longer-standing debates over the course of the past century concerning the relationship between state, nation and sovereignty in the context of Latvian society and polity. By examining different aspects of this relationship this conference will seek to reveal both key turning points and continuities in its development and thereby help to inform current debates.

The winter of 2011-12 was a turbulent time in Russia. Anger over the falsified elections to the State Duma on December 4 brought masses of people into the streets, calling for honest elections and rule of law. Participants were drawn largely from Moscow’s youth, creative intelligentsia, and the middle class, and the protests were mainly peaceful. Indignation found a novel and explosive outlet in the country’s rapidly emerging social media. Momentum was kept up through a bitterly cold winter, well into the spring and the May 7 presidential inauguration. For a time it looked like a “snow revolution” was in the making and that the regime would be compelled to meet the civil society’s demands.

In reality the political status quo has been preserved for at least another year. The regime has rolled out a comprehensive program to counter the opposition, and no longer appears willing to enter into dialogue. But Russia is not the same – the contours of a vibrant civil society may have emerged, and the transformation of beliefs, values and expectations cannot be undone. Getting the genie back into the bottle will not be possible.

The main purpose of the present conference was to take stock of what happened, of where we were and of what may have followed. An interdisciplinary group of distinguished international experts were brought together for two days of sessions to discuss political processes, social movements, prospects for the rule of law, the role of social media and institutional dynamics.

Symposium "#Protest Baku: Is Azerbaijan Next in Line for a Democratic Revolution?"

Following the so-called colour revolutions in other former Soviet republics many expected Azerbaijan to be the scene of the next popular uprising and ahead of parliamentary elections in 2005 there were great hopes. This hope vanished
however. Nevertheless, a new wave of mobilization appears to be led by a generation of democracy activists in Azerbaijan strengthened by the growth of social media. Analysts and activists have described them as the beginning of an “Azerbaijani Spring”, indicating that what is happening in Azerbaijan can be linked to the Arab Spring. This raises a number of interesting questions: what do these protests have in common and can they, despite their diversity, be seen as part of an on-going popular mobilization in Azerbaijan? Why is this happening now and what are really the chances of democratic reforms in Azerbaijan? Is it feasible to analyse contention in Azerbaijan from a more general theoretical perspective, or are there specific political, historical or cultural factors that are important in the making and breaking of protest in this particular context?

International Conference “What have we learned from the Soviet archives?”'

Our understanding of the Soviet experience was greatly enhanced by the so called archival revolution in the 1990s. As the Soviet Union disintegrated, a wealth of primary sources previously closed off to research was suddenly made available. Even though access to important sources still remains partial, the revelations made in the last two decades within a number of important areas of research is certainly significant enough to warrant the locution “revolution”.

Access to the archives of the former Soviet Union has been of fundamental importance, providing an opportunity to reassess and reinterpret not only the history of Russia or any other former Soviet republic, but the history of the twentieth century as such. Virtually all fields of the social and humanitarian sciences – economics, political science, history, military studies, international relations and literature – have been touched by the availability of previously inaccessible sources.

The main purpose of this conference was to bring together a group of international specialists in different fields, in order to take stock with two closely related questions: What have we learned from the Soviet archives in the last twenty years? And what potential challenges lie ahead, in terms of access to further primary sources as well as conceptual issues and interpretation?

The conference was organized with generous financial support from the Bank of Sweden Tercentenary Foundation. 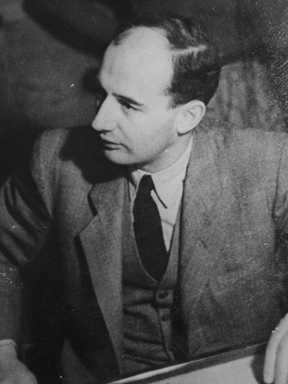 Although more than twenty years have passed since the breakup of the USSR, the fate of the Swedish diplomat Raoul Wallenberg remains unresolved. While the archival findings the officially sanctioned Russian-Swedish Working Group, in operation throughout the 1990’s, clarified several details of Wallenberg’s tenure in Soviet captivity, the questions of Stalin’s motives for arresting him, as well as his ultimate fate remained unanswered. Recent years have seen very few important findings on Wallenberg in former Soviet archives.
Drawing on experiences from research on similar unresolved historical questions of the last century, this workshop is aimed at discussing how to move forward on the Wallenberg-case. The workshop brings together researchers from Austria, Finland, Poland, Russia, Sweden and the United States.

The workshop was organized with financial support from the Swedish Institute.